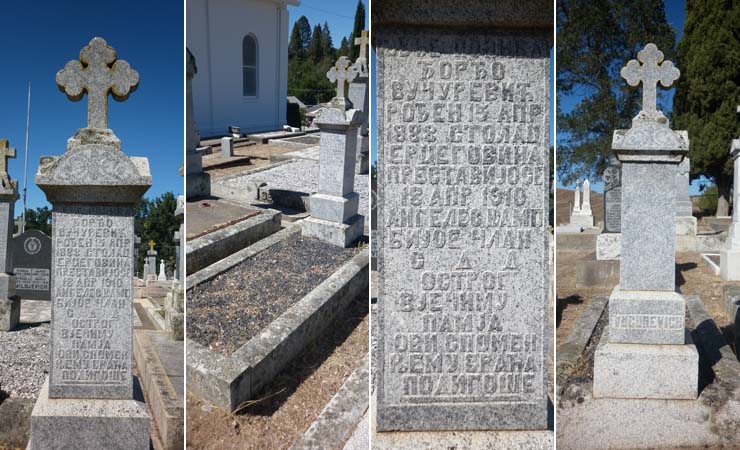 Dan Tana (born in 1933 as Dobrivoje Tanasijević; Serbian Cyrillic: Добривоје Танасијевић) is an American actor and producer, restaurateur and former professional footballer from Yugoslavia. Tana is the proprietor of an eponymous restaurant, Dan Tana's, in West Hollywood, California, as well as being closely associated with football clubs Red Star Belgrade and Brentford F.C.

Tana was spotted playing football at 12, and offered an apprenticeship with Red Star Belgrade. He spent five years at Red Star, developing as a striker. His restaurateur father had been arrested by the new communists authorities established at end of Second World War and led by Marshal Tito, and his restaurants nationalised.

Tana was aged 17 when he toured Belgium in 1952 as part of the junior squad of the Yugoslav football team Red Star Belgrade to play R.S.C. Anderlecht. While in Brussels, Tana abandoned the team and stayed in Belgium.

An Exhibit of Byzantine and Modern Orthodox Icons

Residents of Heaven is a book of Icons by Father Stamatis Skliris which were prepared for "An Exhibit of Byzantine and Modern Orthodox Icons" held at the "David Allan Hubbard Library, Fuller Theological Seminary" in Pasadena, California, June 10 - July 5, 2010.

The iconographer, V. Rev. Stamatis Skliris, attended the opening of the exhibit with His Grace, Bishop Maxim who gave the Introduction. The mounting of the display was done by Jasminka Gabrie and the staff of the Fuller Library. The opening event was organized by Dr. William Dyrness, Director of the Visual Faith Institute, Brehm Center for Worship, Theology and the Arts, Fuller Seminary.