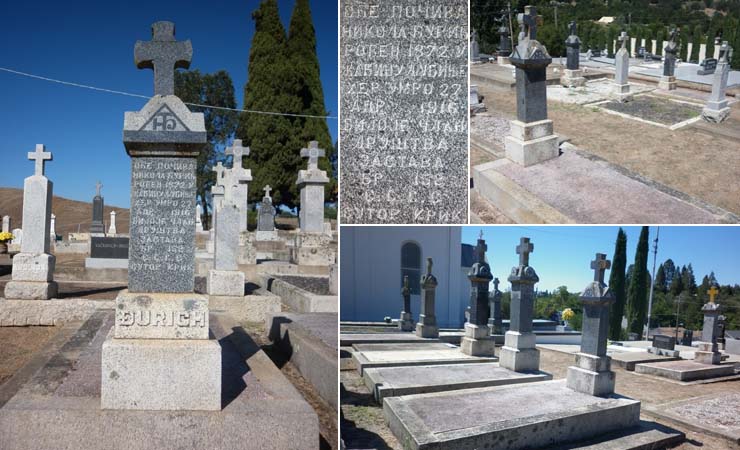 George Styler is Los Angeles based Serbian designer. His knitwear collections are sociological studies expressed through fashion where words and phrases are replaced by clothing of expressive communicative powers.He is Ones to Watch Winner of Season AW14 (London Fashion Week), and 2014 Knitwear King. His pieces have been featured in Vogue,Glamour,Esquire,Harper’s Bazar, Elle, The New York Times… and the front covers of New African Woman and Unfolded magazine. He presented his work around the world at fashion events such as London Fashion Week, LA Fashion Week, EXPO 2015 Milan, Belgrade Fashion Week, Seattle Fashion Week, His pieces are worn by many celebrities including Cara Delevingne, Georgia May Jagger…

Welcome to the Sebastian Press Publishing House of the Western Diocese!

Founded in 2006 and named in honor of a first American born Orthodox priest, Fr. Sebastian Dabovic, a pioneer of the Orthodox Church in the West, Sebastian Press is one of the largest and most active publishers of Christian Orthodox publications on the West Coast.

Our hard working staff seeks to fruitfully enrich and deepen the faith of Christians from all over the world with a variety of titles, embracing a diversity of Orthodox Traditions, while also presenting the works of Serbian theologians.

Sebastian Press is building its reputation for promoting high quality theological, historical, ecclesiastical, spiritual, hagiographical, iconographical, philosophical and patristic writings in its repertoire. Also, due to growing demand, we are giving special attention to the publishing of new titles for children, teens, and families, including video and audio programs.

The primary mission of Sebastian Press is to motivate and inspire its readers to seek a deeper union with the God-Man, through the written word of Orthodox Christian material, both on the scholarly and popular level, and to give glory to the life-giving Trinity.

Sebastian Press is located in Los Angeles, at the headquarters of the Western Diocese of the Serbian Orthodox Church.